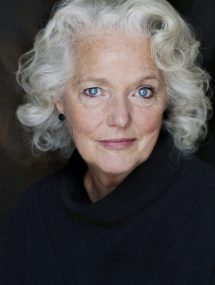 After RADA, award-winning actress, director and writer Louise Jameson joined the RSC for three years and has since enjoyed a career on screen, theatre (including The National) and television; most notably as a regular in Doctor Who, Tenko (her personal favourite), Bergerac, The Secret Diary of Adrian Mole, EastEnders, Toast and Doc Martin.  She is currently appearing in the BAFTA winning series The Secret Life of Boys.  For her performance, last year, in VINCENT RIVER, at Trafalgar Studios, she was Offie nominated best actress and she has kicked off 2020 with a new sitcom for BBC 1, BUMPS and, for theatre, has directed REVENGE, the tour cruelly cut short because of the present situation with plans to re-mount next year.  Louise is also writing a Doctor Who episode for Big Finish. She created, directed and co-wrote the award winning WWII audio series, ATA GIRL. Her children’s story, with music, BEWARE THE GOBLIN MEN, can be downloaded from her website.