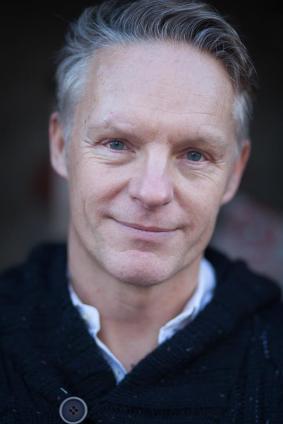 Nigel Fairs is a British actor, writer and composer.

He trained at Bretton Hall College and as an actor has worked on television, theatre, radio and film, performing everywhere from the West End to HM Prison Holloway!   As a writer he has more plays produced than William Shakespeare, and seven musicals.   He has also written a large number of murder mystery scripts, which are performed throughout the world for his own company 368theatre.

Nigel has toured as Inspector Morse in HOUSE OF GHOSTS with Baroque Theatre, has played George in DRIVING ME ROUND THE BEND (which he co-wrote and performed with Louise Jameson), played Dr Kenny in EMMERDALE and, Martyn, a New York dentist, in THE HOUSE, for the Ever HopeFull repertory company in London. This year Nigel has written and performed in his newest play Ebenezer and Me at The Space, London, and is currently writing another play to be previewed at this years Brighton Fringe together with The Brighton Killers.